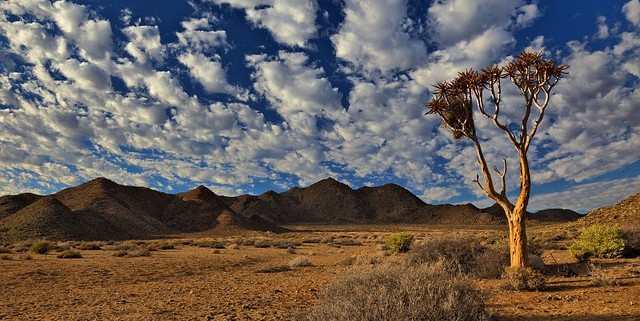 Climate change. What an incredibly emotive topic in our global consciousness right now. For many, it is the defining issue of our time and we are certainly at a decisive moment, where without rapid action, it may prove too large to come back from.

From shifting weather patterns that threaten food production, to rising sea levels that increase the risk of catastrophic flooding, the impacts of climate change are global in scope and unprecedented in scale. Without drastic and immediate action, adapting to these impacts in the future will be more difficult and costly.

While the effects of climate change affect the entire planet, on a national level we also have to mobilise to ensure that South Africa contributes positively and avoids joining a long list of countries who are just not doing enough. The first step in achieving this is to get a sense of where our citizens stand in terms of their understanding of the issue and whether a drive exists to make nation-wide steps to bring about change.

Climate change affects every country and can have devastating effects on communities and individuals. Developing countries, however, are the most impacted by climate change and the least able to afford its consequences.

According to the World Health Organisation climate change is expected to contribute to approximately 250 000 additional deaths per year by 2030. The leading causes of these additional deaths are expected to be malnutrition, malaria, diarrhoea and heat stress in developing countries.  Besides the human impact, climate change also has the potential to reverse significant developmental gains made in developing countries.

In these countries, women and girls are also disproportionately affected by the negative impacts of climate change. This deepens existing social inequalities and threatens women and girls’ health, safety and economic well-being. Gender inequalities and development gaps increase the impacts of climate change for women, especially for those that depend on natural resources for their livelihoods.

This year, driven by the call of 16 year old climate change activist Greta Thunberg, people around the world took to the streets in a mass global movement to take a stand against global warming and to draw attention to the seamily slow and unexceptional action taken by world leaders and governments. In South Africa, protects took place in Cape Town, Johannesburg and Port Elizabeth.

In October 2018, the Intergovernmental Panel on Climate Change (IPCC) issued a special report on the impacts of global warming of 1.5°C, finding that limiting global warming to 1.5°C would require rapid, far-reaching and unprecedented changes in all aspects of society. With clear benefits to people and natural ecosystems, the report found that limiting global warming to 1.5°C compared to 2°C could go hand in hand with ensuring a more sustainable and equitable society. While previous estimates focused on estimating the damage if average temperatures were to rise by 2°C, this report shows that many of the adverse impacts of climate change will come at the 1.5°C mark.

But the current international efforts to achieve the above have not been enough and the world is rapidly moving towards a reality where the 1.5°C goal may not be something that will be realistically met and the impact of that could be monumental.

With the global movements around climate change ramping up, undertaking the prescribed research in South Africa is more pertinent than ever. South Africa has many complex societal nuances that make the undertaking of this survey both important as well as challenging. Over 55% of our population live on less than R922 per person per month. With so many people struggling to make ends meet and support their families, how realistic it is to expect the average South African to care about climate change when their very survival is often at stake daily? But with so much at stake on a larger world stage, can our entire population afford not to?

It is against this backdrop that Mthente Research and Consulting Services has been appointed by the Department of Environmental Affairs and the Deutsche Gesellschaft fur Internationale Zusammenarheit (GIZ) to conduct a South African Climate Change Education and Awareness Survey.

Through the research Mthente’s aims to:

Working with Mthente on this research project as lead researcher is Dr. Norman Mathebula, a postdoctoral research fellow at the University of Cape Town under the African Climate and Development Initiative. When asked whether he felt that the average citizen is aware and concerned about climate change, he said: “Through the manifestation of the impacts of climate change, citizens can see (and feel) that something has changed…there is less rain than there ever has been and our days are getting hotter, but linking that back to climate change is not in the realm of the average citizens knowledge base, especially in more rural hubs, which is where the challenge lies.”

He further went on to say that “citizens may blame their ancestors for this shift, thereby falling back into their understanding of cause and effect. The gap between that base of understanding and the global reality is huge and there is much work that needs to be done.”

So, what can we do right now to start moving in a positive direction? When asked this question, Dr. Matheula noted that “until we can get to a place where every citizen can say this is climate change and this is what it means, we need those who are aware to do everything they can in their individual corners. It will be the total of these individual efforts that will begin to start the tide of change we so desperately need”.

There is lots of work to do and lots of engagement that needs to happen across all sectors of our society. “It is very easy to stay paralysed by fear of how to respond to this. By conducting this research and beginning the education and awareness of the issue, we are already taking positive steps to elevate climate change to the collective consciousness of our country,” said Dr. Mathebula.